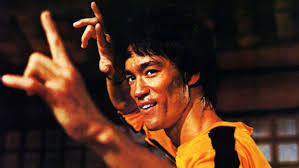 As Our World Becomes Smaller, Our Opportunities Become Greater

“To hell with circumstances; I create opportunities.” – Bruce Lee

If there was ever an opportune moment to quote one of my childhood heroes, this is it. Bruce Lee created a niche market for himself in the film industry by popularizing the Chinese martial art of Kung Fu. The late actor’s famous words can be interpreted as rejecting previously unchallenged assumptions and replacing them with a more desirable reality. Innovation also results from this process.

I contend that developing a comparative understanding of how people in different cultural, political, and socio-economic environments are developing new solutions to everyday problems is an effective method by which one can gain the perspective to also innovate.

Admittedly, I stumbled upon such a belief purely by accident.

After graduating from the University of Victoria in 2009, myself and other teacher-hopefuls quickly became aware that job prospects were bleak. As if my future wasn’t uncertain enough at the time, I then purchased a one-way ticket to South Korea where I would spend the next five years of my life. However, living and traveling abroad exposed me to a seemingly infinite number of instances where innovation was making life easier for people in their respective communities. Regardless of whether it involved Uber’s motorbike service in the congested streets of  Jakarta or capsule hotels in Tokyo’s urban sprawl, witnessing innovation in new and previously unimagined ways stretched my imagination as to how I could challenge conventions by providing simpler and broader access to goods or services.

One example of how immersing oneself in different environments can inspire tangible change in the marketplace is Franca Ciambella, a Canadian who is currently the Managing Director at Consilium Law Corporation in Singapore. Before establishing her law firm in 2010, Mrs. Ciambella practiced law in Singapore for 20 years as well as enjoyed a wide range of international experience. Mrs. Ciambella pursued higher education in Quebec, Ontario, Virginia, New York, and, most notably, Singapore. As one of the first foreign lawyers to gain full admission to the Singapore Bar, Mrs. Ciambella further distinguished herself from other lawyers in Singapore with her ability to advise clients from several jurisdictions in both civil and common law matters. In other words, Mrs. Ciambella’s wealth of international experience contributed to her ability to drastically change the way in which legal services are provided. Clients who require legal advice for matters involving multiple jurisdictions will likely find Mrs. Ciambella’s services more expedient and likely more cost-effective.

By arming oneself with a broadened perspective and the willingness to challenge existing conventions, opportunities for ingenuity will undoubtedly become more apparent.

This work by Sam T is licensed under a Creative Commons CC-BY Attribution 4.0 International License.

The Standard of Care of the Reasonable Robot