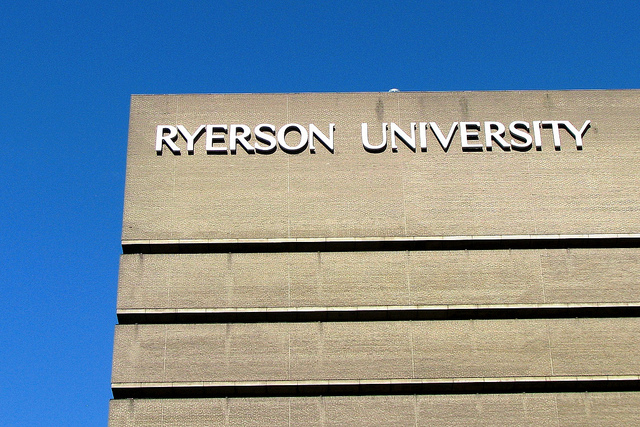 Ryerson University in Toronto is developing a proposal to create a new JD program “that focuses on innovation in legal education for the benefit of graduates, their communities, and the broader society.”  That quotation comes from Ryerson’s Letter of Intent, available here.  It makes fascinating reading.  Compared to the traditional law curriculum, it is a profound re-think of what training lawyers is all about, with emphasis on producing “graduates who possess the initiative to respond to unmet legal needs, who exhibit a commitment to social engagement and community leadership, who are able to envision new applications of their education.”  Obviously I like these ideas; in a smaller way, the same ones are reflected in L21C.  (On the other hand, I’ve seen the LOI described as “buzzword bingo” – I don’t really agree but I still think it’s funny.)

We’ve had an interesting debate on our internal course site (Mattermost) about this.  With the permission of those who contributed, I’ve moved it here so that it can be read more widely.

I hope others, in L21C and beyond, will add their thoughts.

Me: this is the letter of intent outlining Ryerson’s proposal to open a law school. I’d be very interested to know what you think of this. I expect that many of you will share the views of skeptics who have pointed out the shortage of articling positions in Ontario (and generally), and questioned whether Toronto needs another law school. Personally, I’m very persuaded by the argument that there is a need in society for a different kind of law school, one that uses innovative approaches to build skills and provide hands-on experience, focused on the needs of the users of legal services. I think it will be challenging to turn that aspiration into real results, but Ryerson has already shown real leadership in legal training, and they might just pull it off. Chris Bentley is one of our guest speakers, so you will have a chance to talk to him about it.

Lorna: The job market being what it is, they’d only be doing their students a disservice to start running a program and graduating people out into the employment void. If it is the case that they will provide the kind of training that’ll comes from articling, and where a good part of the curriculum is aimed toward alternative careers in law, then it could be quite promising.

Me: think they have thought very carefully about the argument that Ontario doesn’t need another law school and that they will be adding more people to a saturated job market. Those are serious concerns. In my opinion the proposal has serious, convincing answers to them. One of the answers – and I find this very compelling – is that there is clearly a huge need for more lawyers, if you look at it not from the point of view of law firm hiring stats but at social need. Ontario’s population has doubled in the last 30 years, but only one new law school has been added in that time. Most people who experience legal problems don’t get help from a lawyer because they can’t afford it. If something is too expensive for those who need it to access it, that suggests an undersupply, not an oversupply. Of course it does nothing to fix this problem if you create another law school like all the others that trains lawyers in a way that fails to bridge the gap. But I think Ryerson has genuinely considered how to do that and has come up with a well designed, well considered plan. A couple of other points mentioned in the report: there are high numbers of Canadian students training in law schools overseas (US, UK, Australia) who come back into the market here, and would train in this country if there were places for them, so to that extent opening a new school doesn’t increase the supply of law graduates. And, last point, as Omar Ha-Redeye says in this Slaw post, Ryerson aims to prepare law graduates who will create the jobs for graduates of other law schools.

Anita: I think it is a great idea but only if the program satisfies the articling requirement and if the tuition is not too high. I feel that one of the greatest barriers to new graduates who may want to practice differently from the traditional models is that there are very few articling positions with firms who don’t run with the traditional model and so if we do find an articling position, it will most likely be one with a traditional model. Articling with a firm steeped in the traditional mode of practice arguably instills that model in the articling student. Furthermore, a heavy debt load after graduation would prevent a recent graduate from taking riskier paths for fear of unpredictable financial returns. At least that is how I feel when looking for ways to practice law differently in my own career.

Blog post on Legal Feeds, including comments from Chris Bentley

Article in the Ryersonian, which I just had to include because, um … that’s not Osgoode Hall Law School!

This work by @katiesykes01 is licensed under a Creative Commons CC-BY Attribution 4.0 International License.

Terra Firma: My Experience at a New Type of Legal Startup

A Day in the Life of a Rural Lawyer