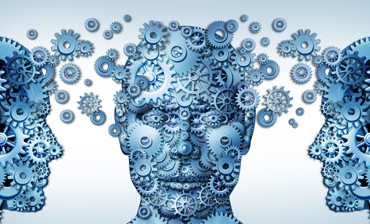 Artificial Intelligence and the Law

Who is “ROSS” and why is he going to take my job?

As you may have heard mentioned in class (maybe once or twice) the legal profession is changing due to a number of influences, one of which is the pervasive development within the information technology sector, particularly in the area of artificial intelligence (SURPRISE!).

Maybe you’ve heard of “Watson” or “ROSS”, maybe not. But let’s just clarify a few things regarding who these troublemakers are, what they are about, and why your job is definitely threatened by both of them—but arguably not for another 10 years at least (whew!)

Watson: Watson is a technology platform developed by IBM, named after the company’s founder Thomas J. Watson. Watson uses language processing, machine learning and cognitive computing to reveal insights and answer questions from inputted information. He has been successful at analyzing data and providing solutions based on supporting evidence in a variety of areas including the medical field and the law.

Initially ROSS was a submission in an international tech competition where IBM challenged universities to come up with commercial uses for their Watson platform. ROSS is an artificially intelligent “lawyer” developed by U of T students as a legal research tool. ROSS allegedly eliminates the monotonous task of legal research so that lawyers can spend their time focusing on what is important—clients. Because legal research is patterned and repetitive, that is the best recipe for computer automation and hence, the development of ROSS. Intended to be a platform for lawyer use, you can ask it any form of legal question in natural language and ROSS has access to a vast legal databank and sifts through the information to find relevant and accurate legal answers.

Will … or rather when will Ross replace lawyers?

How quick and easy is it to employ ROSS? Besides ROSS platform itself, all you need is an Internet connection and, voila! According to rossintelligence.com he arguably eliminates time “wasted” on training sessions. “Let Ross help you accomplish more than you ever thought humanly possible.”

Now this is a claim I take issue with. Training sessions are important and ROSS is not about to eliminate the need to complete CLEs (they are inherently important in and of themselves, but that is a discussion for another blog). There is value in keeping your industry and case knowledge updated.  No matter how wonderful and useful ROSS may be there are some barriers to overcome…

b) What happens when the Internet cuts out? What happens if there’s a glitch? (Technology is great and useful, when it works)

c) What about the articling students?

That brings me to my next question: so when will he take your job?

Arguably he already has. ROSS has been bringing in a number of subscription fees and the system is already being used by several law firms including sole practitioners and big law names like Dentons, Latham & Watkins as well as BakerHostetler. The fact that ROSS doesn’t need breaks or sleep (like most articling students) and has the ability to research and work around the clock gives firms a competitive edge —catch: ROSS doesn’t burn out!

But “old law” as we know it places importance on legal research skills and that is primarily what most articling students spend their time doing. Hypothetically, let’s say as time passes, technology further advances, and ROSS becomes more affordable to the point where he is employed by almost every firm in Canada. How are articling students going to learn the ropes? Will there be a need for articling students at all?

None of these questions can be answered for certain but ROSS and other AI that promotes industry efficiency is certainly not going away. The articling process and the value of articling jobs (insofar as the scope remains to complete legal research) are going to diminish and it is very likely that if there are any articling jobs left that whole program is going to experience a radical shift from the way things were done in the “good old days”, involving copious amounts of memo writing and legal research. ROSS is learning how to do that too!

But let’s face the facts here. The legal profession is comparatively one of the most conservative professions there are and the partnership pyramid scheme (dare I say) is still in full force today – and no senior partner in a bigwig firm is going to give up their passive income from all the hours their junior associates are billing overnight. No, this isn’t going to happen the day after tomorrow either. But the market forces are creating tension, clients are becoming better informed, globalization is alive and well, and the call for change in the profession has been happening for some time. Though it will not happen overnight, change is already happening and law students need to prepare themselves for the changing profession appropriately. Flexibility and adaptability are paramount.  Within our career span, tools like ROSS and other AI platforms will be integrated into our everyday practice and will become the norm– that is for certain.

This work by Amanda P is licensed under a Creative Commons CC-BY Attribution 4.0 International License.

“Axess” to justice – a new way of delivering legal services